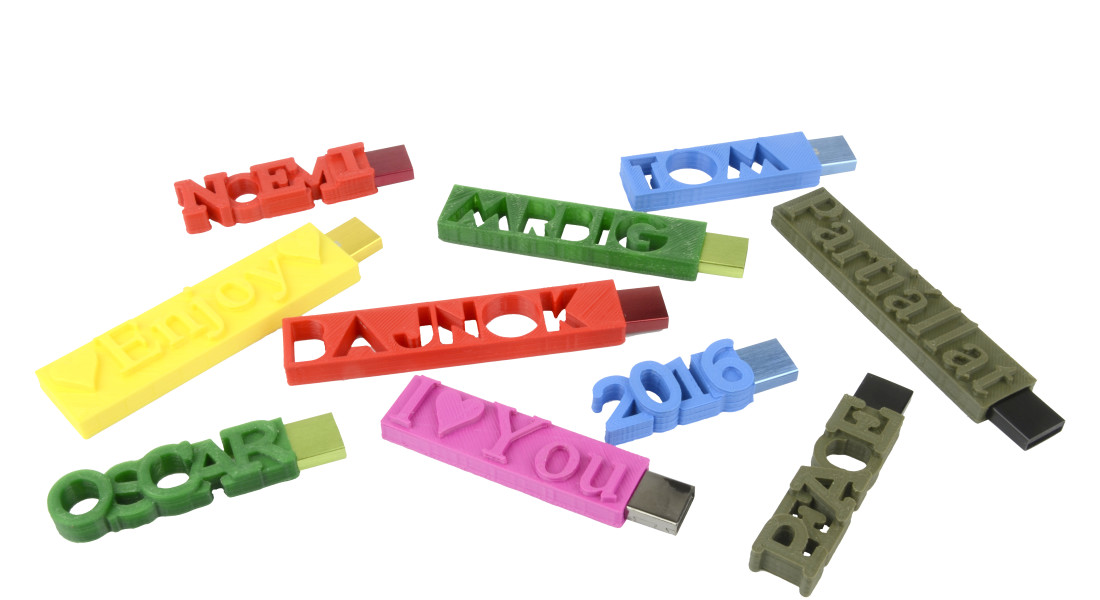 Prices of 3D printers have dropped drastically in the last few years.

3D printers became affordable enough for many companies to purchase and operate in house.
As a result, USB memory stick companies are able to offer custom printed USB drives with a unique or eye-catching shape. This way they help smaller businesses compete with larger companies.

Ten years ago 3D printers were not very common. So either customers had to order extremely large numbers of custom flash drives, or companies had to higher the price per piece, higher, than most customers could afford. But today 3D printing technology gives customers an affordable option for shape-customization.

“When we first started, everything was outsourced. Coming across private 3D printing machines in 2004-2005, especially for flash memory molds, was fairly complicated and expensive. However starting around the early 2010s, we began integrating our own in house 3D printers. And now we carry out some smaller orders (quantity of 100 or less) in house.”
– explained USB Memory Direct’s Alex Michaels back in 2014 in an interview by Scott J Grunewald

In 2015 a new situation emerged

3D printer prices are dropping more and more. There is an obvious shift to mass customization. Customers are not only small companies, but individuals. One single person can afford to by a custom usb drive printed with his or her name. Colours can be also customizable. Certainly this is not that level of customization what large or small companies are seeking, but fairly decent for the offered price.
Thanks to 3D printing, another revenue source has opened within a couple of years. 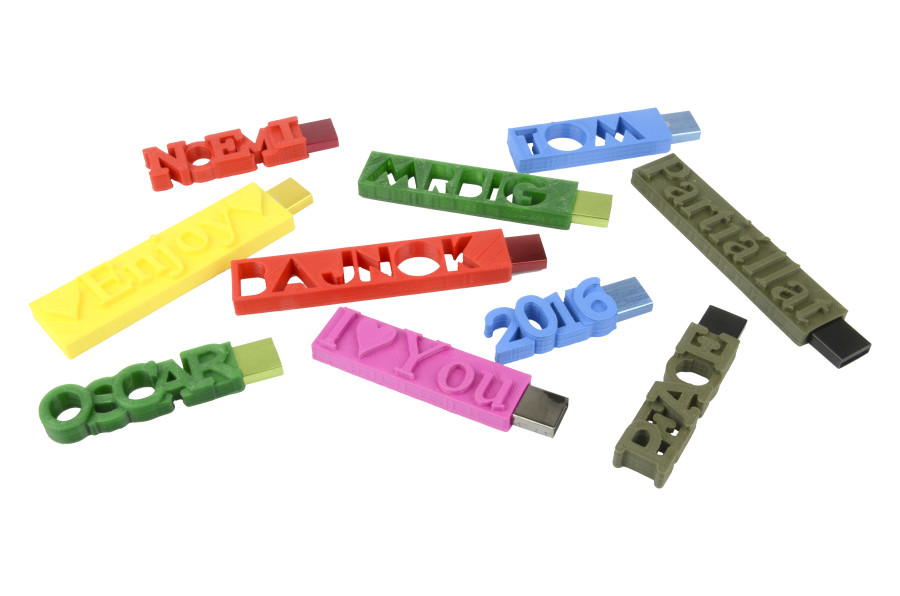